Puppies are born pretty helpless: their eyes won’t open for 2 weeks, their ears won’t open for 4. But, they can smell Mama and they know how to eat. I tried to take pictures, but they are so tiny and black (and Mama Grace is black as well) – so that will have to wait. […]
Comments (0)


I tried to take pictures, but they are so tiny and black (and Mama Grace is black as well) – so that will have to wait. There are 7 of them, born last night beginning about 6 pm CST – so right now they are between 25 and 27 hours old…..

Mama Grace is a bouncy, 17 month old black miniature schnauzer. She’s a good mama, it appears. With 7 pups in her first litter, she’s going to have to be!

Grace wasn’t so bouncy late this week. She could no longer jump up on the bed; she moaned at me; she took to hiding under the bed (something she NEVER did before); Friday she tossed her cookies at least once. Miserable little creature – as wide as she was tall.

Ollie (16 year old cat) wouldn’t leave her until she actually started dropping puppies. He curious now, but, not allowed to get to close. If he does, Grace goes after him like a maniac.

When I can get pictures, I’ll post them. They’ll be available for adoption in mid-March. Adoption fee is likely to run about $300 – that gets you a puppy and AKC papers. 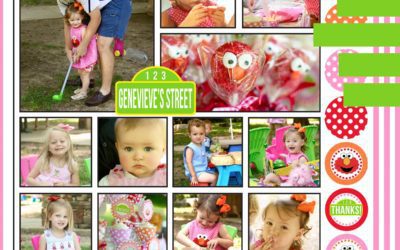 I spent some time over the weekend building some new scrapbook pages... and then I found some older ones that I had forgotten about. It fascinates me as I look through the images and see how much they have grown, and how much I have yet to document so that we can... 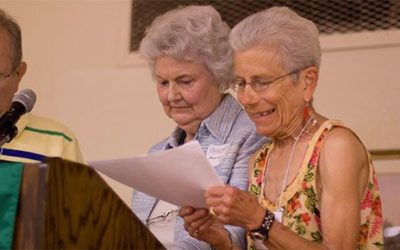 A couple of weeks back, our local OLLI (Osher Lifelong Learner Institute) held the annual end of the year "Picnic" and General Meeting. A lovely Picnic, held indoors with AC and no ants or other wildlife. The menu included bar-b-que, potato salad and desserts. But,... 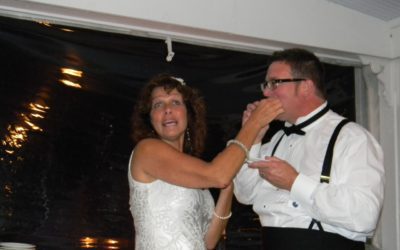 Over the weekend of September 17, my brother-in-law, Chuck tied the knot with Ellie on Block Island (RI). Of course, feeding the new spouse wedding cake continues to be quite the event! Quick, but fun weekend seeing a place, visiting with family and of course,...

Marathoner (hey! I did complete the Nashville Rock'n'Roll Marathon! -- never again!), peregrino (Via Frances, Camino de Santiago de Compostela 2013), techie behind famvin.org for over 20 years now, mother to David, Marie and Daniel, Mémère to Lily, Ella, Genevieve, Henry, Avery, Luke and Claire, Catholic Christian (when I get frustrated and want to leave the RC I find myself asking "But where would I go?"), Auburn Tiger (War Eagle!), retired from Auburn University Libraries, and after 44 years, I'm still married to JP.